Interview with Author of Wooden Biography 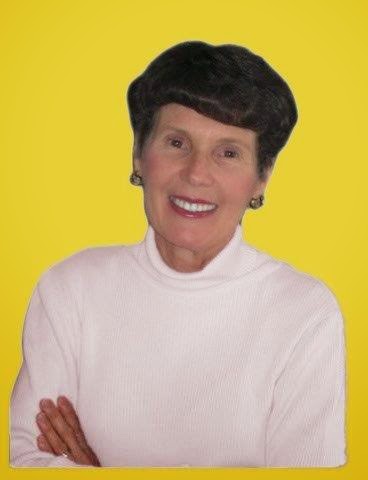 Barbara Olenyik Morrow is a journalist and author from Auburn, Indiana, who has been a Pulitzer Prize finalist for editorial writing. Her youth biography of novelist and conservationist Gene Stratton-Porter was published by the IHS Press in 2010. Morrow’s other books include From Ben-Hur to Sister Carrie, in which she profiled five Hoosier writers during Indiana’s golden age of literature, and A Good Night for Freedom, the well-received children’s picture book about the Underground Railroad and famed Hoosier abolitionists Levi and Catharine Coffin. Here she talks about her new youth biography of basketball coach John Wooden.
What inspired you to write about such an Indiana legend?
I was a student at Indiana University in the early 1970s when the UCLA Bruins—coached by John Wooden—dominated college basketball. Naturally, I rooted for the IU Hoosiers, especially when they played UCLA in the semifinal game of the NCAA tournament in St. Louis in 1973. Like other Hoosier fans, I was sorely disappointed when Wooden’s squad defeated IU, paving the way for the Bruins to win their ninth national title two days later. Nine national championships in a single decade—that’s what Wooden achieved that March.

Two years later, Wooden retired, triumphantly as ever, having just coached UCLA to its tenth national championship. At that point he moved off my radar screen, especially as IU Coach Bobby Knight began to make his mark on the game. IU won the national basketball title in 1976, the year after Wooden’s retirement, and the Knight-coached Hoosiers won championships again in 1981 and 1987. In the midst of all that Hoosier hoops frenzy, Wooden and the UCLA Bruins—in my limited worldview, at least—seemed “so yesterday.”

Then came June 2010. Coach Wooden died, just months shy of his 100th birthday. Media coverage of his passing was extensive, and tributes poured in from everywhere. President Obama remembered Wooden as “an incredible coach and an even better man.” As I followed the coverage, I became intrigued about the Hoosier roots of this coaching giant whom I had given little thought to since my college days. I read how he grew up on an Indiana farm with no electricity or indoor plumbing. I read how his father knocked the bottom out of a tomato basket and nailed it to the barn wall, while his mother stuffed rags in her black cotton hose and stitched them up to make a ball—all so he and his brother could play a game that was taking the Hoosier state by storm.

I read, too, how Wooden loved poetry, studied Shakespeare and taught high school English. And how he always lived modestly and was revered for his decency and valued his Midwestern upbringing.

All of this grabbed me. I kept reading. And soon I was inspired to write Hardwood Glory.

How did you go about researching Wooden’s life?

As I said, I started by reading. I soaked up information from Wooden’s two autobiographies (They Call Me Coach and My Personal Best: Life Lessons from an All-American Journey) and delved into the many books written about his coaching philosophy, leadership style, and pearls of homespun wisdom. I then read biographies of athletes who played for Wooden (Kareem Abdul-Jabbar and Bill Walton, among them), immersed myself in Indiana high school basketball history, and researched the evolution of college basketball and post-season tournaments.

Given that Wooden lived throughout most of the twentieth century (he was born in 1910), I knew I had to give historical context to his life. That led me to bone up on major events and cultural forces in each decade of the 1900s—from America’s entry into World War I, the Roaring Twenties and Great Depression to civil-rights struggles and turmoil wrought by the Vietnam War and Watergate scandal.  Race relations is another subject I researched. Wooden grew up in a time and place when segregation was widely accepted, with “color barriers” the norm in sports and other aspects of American life. I wanted to understand the various ways those barriers were broken and to explore Wooden’s forward-thinking views on race.

My research inevitably led to travel. I spent considerable time in Morgan County, Indiana, Wooden’s birthplace. I visited the various communities in which he grew up (Martinsville, Hall, Monrovia and Centerton), read family gravestones, and studied old newspapers and yearbooks in Martinsville’s public library. Recent research by Morgan County residents Curtis H. Tomak, Joanne Raetz Stuttgen, and Norma J. Tomak served me well; they uncovered new information that corrected often-told accounts of Wooden’s early life, and I made of a point – following my own digging—to present the corrected accounts. Wherever I traveled, I interviewed people.  In South Bend, for instance, I was fortunate to interview men who had played for Wooden at Central High School when he coached there in the 1930s and early 1940s. Likewise, I was fortunate to interview Gary, IN, resident Kevin J. Walker, who shared a journal written by his father Clarence Walker, a member of Wooden’s Sycamore squad at Indiana State Teachers College in the late 1940s—a pivotal time in the integration of college basketball.

My research would not have been complete without a trip to Los Angeles. There I had the pleasure of meeting Wooden’s daughter Nan, who invited me to her home where I viewed rooms full of family photos and Wooden memorabilia. I also spent time at UCLA, where Bill Bennett, an athletics department official, gave me access to a wealth of material and where I benefited from studying an exhibit in the UCLA Athletic Hall of Fame. The exhibit, known as Wooden’s “den,” contains furnishings and personal items donated by his family and displayed exactly as they had been in his suburban Los Angeles condominium.

I would be remiss if I failed to mention that Steve Alford, UCLA’s newly named head coach at the time of my visit, granted me an interview. We talked about Alford’s Hoosier roots and how he lived in Martinsville in the early 1970s – a time when his father, Sam, coached the high school team. Young Alford spent afternoons hanging out in the very gym where Wooden had been a high school star decades earlier.

At my request, Coach Alford wrote the foreword to Hardwood Glory.

In doing your research, did you come across anything about Wooden that surprised you?

I had read that Wooden was highly competitive, but I did not realize the extent of his competitiveness until I researched his early years of coaching. I am indebted to Peter DeKever, a Mishawaka historian who drew my attention to a basketball game in January 1937 between the South Bend Central High School Bears, coached by Wooden, and the Mishawaka High School Cavemen, coached by Shelby S. Shake. The after-game court fireworks, as reported in a South Bend newspaper, revealed that Wooden was not someone to push around and that he definitely had a fiery side.

I also was surprised to learn about the intersection of the lives of Wooden, UCLA Bruin star center Bill Walton, President Richard Nixon and White House Chief of Staff H. R. “Bob” Haldeman in the 1970s, before and after Watergate. If I’ve aroused your curiosity, good!
Why was Wooden such a successful coach?

He lived by the saying “failing to prepare is preparing to fail,” and thus he made the most of basketball practices. He put his players through repetitive drills so that they instinctively executed “fundamentals” in games. He likewise put players through grueling physical workouts so that their superb conditioning enabled them to wear down opponents. Moreover, Wooden stressed teamwork. Drawing upon a shrewd understanding of human psychology, common sense, and his own deep-seated decency, he managed to tame egos and meld players into a unit that made them all look good. The team, not the individual, was the star.

Is it possible for any modern-day coach to match Wooden’s accomplishments?

I think not. Today players bolt to the professional ranks after a year or two of college, making it difficult for coaches to mold team unity and build upon lessons taught and strides made the previous year.

Any other comments regarding Coach Wooden?

It seems rather fitting that Indianapolis will host the 2015 NCAA Final Four Tournament. This March marks 40 years since Wooden made tournament history by coaching the UCLA Bruins to their 10th national championship, a men’s record that remains unrivaled. This year also marks 40 years since Wooden retired from the game at which he excelled throughout his long life, as first a player and then a coach. The very game, of course, that he learned to play . . . in Indiana.

Do you have an idea for your next book?

Posted by Indiana Historical Society Press at 11:08 AM

A branch and the immensity.

On the pathway
a dry leaf and
the scent of
a flower that
shines in the
morning to
discover your
sadness....

In the reason that care....

I try to
discover a
whole day and
so, when a
cloud disappears,
a secret returns
in my mind
recalling the
young soul and
the world of
your dreams...

Your delicate
sadness appears
like a melody,
your inner
desire returns
in the ground
with a gentle
behaviour.

In the dead
of night, while
the face is leaning
on the pillow
and a magical calm
spreads in the
darkness, a tender
image comes in
the bedroom and
touches my lips
with a luminous
whisper: “ sometimes,
in your faith, the
breath of a feeling
will cover the
sadness of a desolate
soul...”

When the joy
of a blackbird
glows in the air
and the juvenile
candor lightens
the heart of a
luminous garden
your delicate
sadness appears
like a melody,
your inner desire
returns in the sun
with the gentle
appearance of a
tender emotion....


The smile of a springtime.

In the sound
of a singing,
near the charmed
clamour of a
waterfall, there's
a delicate smile
that calls the
atmosphere of
a luminous
thought.


In the purity of a dream.

Modest and
sparkling virtue,
I can hear an
attraction where
a delicate
candle discovers
a fate.