Native Americans in the Old Northwest 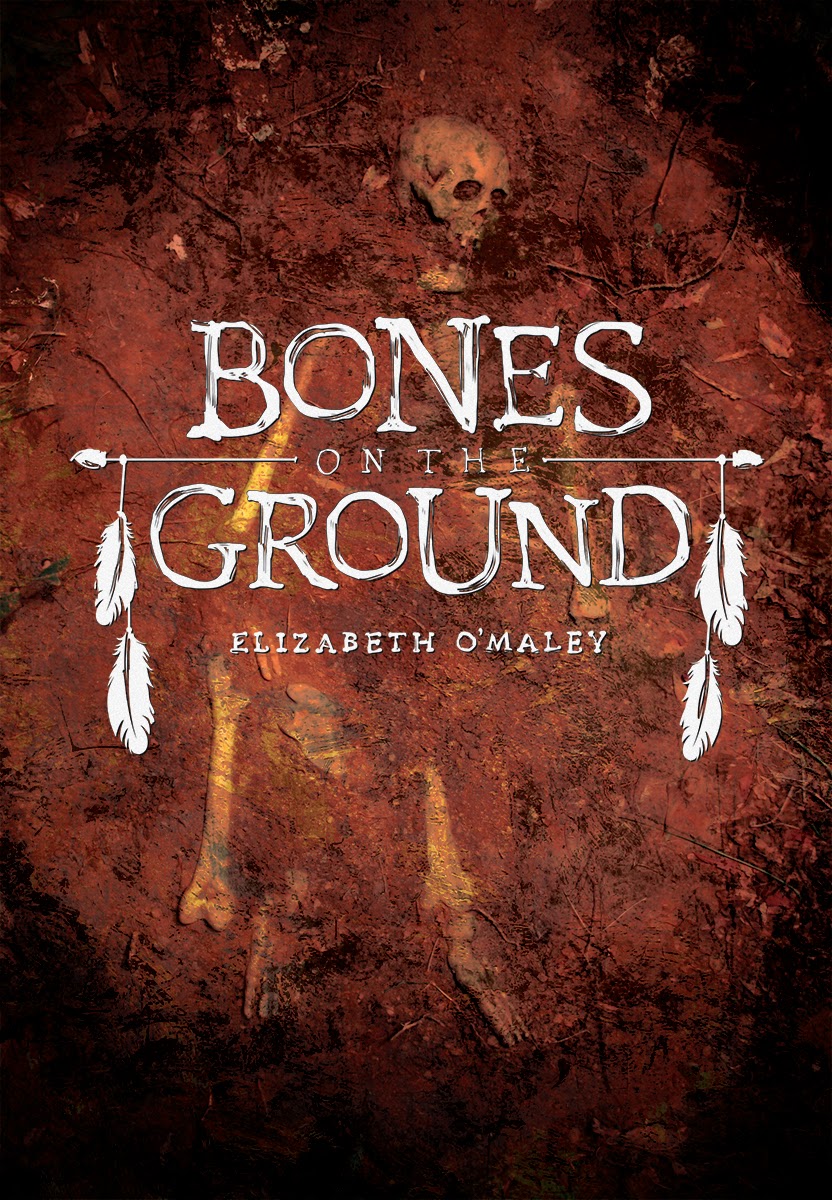 What happened to the Indians of the Old Northwest Territory? Conflicting portraits emerge and answers often depend on who's telling the story, with each participant bending and stretching the truth to fit their own view of themselves and the world.

Written by Elizabeth O'Maley, Bones on the Ground presents biographical sketches and first-person narratives of Native Americans, Indian traders, Colonial and American leaders, and events that shaped the Indians' struggle to maintain possession of their tribal lands in the face of the widespread advancement of white settlement.

The book covers events and people in the Old Northwest Territory from before the American Revolution through the removal of the Miami from Indiana in 1846, including the Gnadenhutten Massacre, Little Turtle, William Wells, Fallen Timbers, the Treaty of Greenville, Tecumseh, the Battle of Tippecanoe, William Conner, Frances Slocum, the Potawatomi Trail of Death, and Jean Baptiste Richardville, among others.

As America's Indian policy was formed, and often enforced by the U.S. military, and white setters pushed further west, some Indians fought the white intruders, while others adopted their ways. In the end, most Indians were unable to hold their ground and the evidence of their presence now lingers only in found relics and strange-sounding place names.

A graduate of Miami University, Oxford, Ohio, O'Maley worked after college as a school psychologist in Cincinnati, Louisville, Indianapolis, and Fort Wayne. She is also the author of the IHS Press book By Freedom's Light. Elizabeth O'Male died on May 20, 2014.

Bones on the Ground costs $16.95 and is available from the IHS Basile History Market.
Posted by Indiana Historical Society Press at 1:45 PM 2 comments:

Letters from Hoosier Soldiers of the Civil War 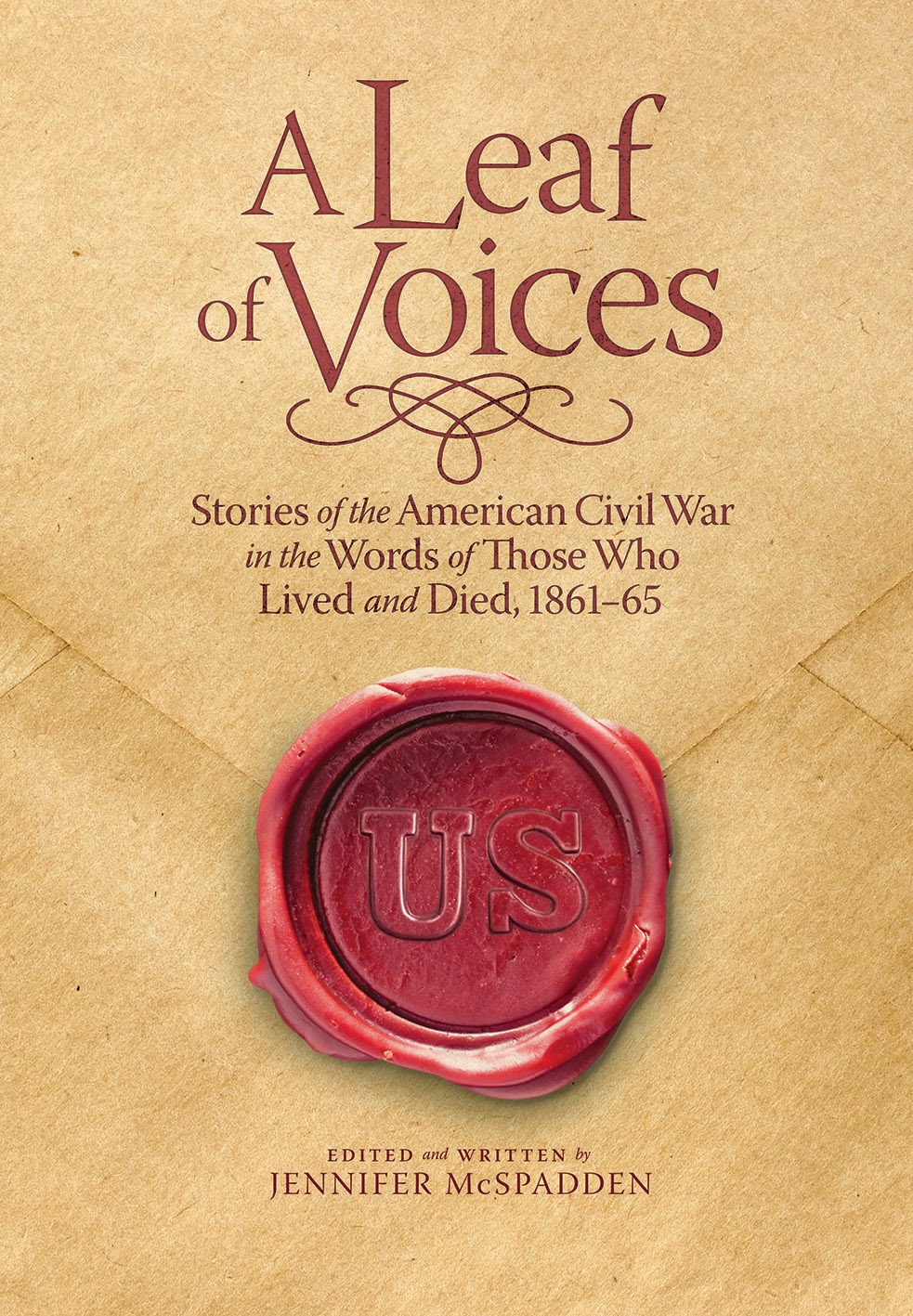 During the American Civil the Wabash Intelligencer and the Wabash Plain Dealer frequently printed letters from Wabash County men serving in the Union army. In A Leave of Voices Jennifer McSpadden has compiled the letters into a volume that gives fascinating insights into a bygone age. The letter writers are a remarkable cast of characters: young and old, soldiers, doctors, ministers, officers, enlisted men, newspaper men, and a fifteen-year-old printers’ devil who enlisted as a drummer boy.

Sometimes the letter writers themselves were grieving as they wrote their families that another family member was killed in battle or had succumbed to disease. There were the chaplains who not only often had to be the bearers of bad news, but also had to bring consolation and comfort to the men with whom they served. Officers also had the burden of writing to families with the dread news of loved one’s death. Most officers, in turn, were admired and respected by their men, and were deeply mourned when they fell in battle

These are not stories of generals or battle strategies, they are the stories of the ordinary soldiers and their everyday lives. They describe long tiring marches across state after state, crossing almost impossible terrain, facing shortages of rations and supplies, enduring extremes of weather where they froze one day and sweltered the next, and encountering guerrillas that harried the wagon trains.

The correspondents wrote of walking over the bodies of fallen comrades and foes alike, of mules and their wagons sinking into muddy roads that became like quicksand, of shipwrecks, and of former slaves. They wrote of marching by moonlight and of people and places they would never have imagined in their previously peaceful lives.

Today a resident of Wabash, McSpadden was born and grew up in England, where she was educated at boarding schools and obtained six general certificates of education from the University of London. While living in London, McSpadden, who has always had a keen interest in history, was a member of the Richard the Third Society.

She has also worked as a volunteer at the Wabash County Historical Museum and is currently on the museum's board of directors. McSpadden worked as a reporter for the Wabash Plain Dealer from 1986 to 1997 and served as a guest columnist until 2010.

A Leaf of Voices costs $27.95 and is available from the IHS Basile History Market.

Posted by Indiana Historical Society Press at 9:35 AM 1 comment: