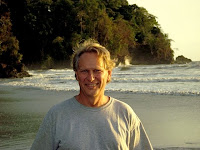 A Bloomington-based independent journalist and writer, Douglas A. Wissing, author of the new IHS Press book Indiana: One Pint at a Time; A Traveler's Guide to Indiana's Breweries, brings some family history to his work detailing the history and culture of the Hoosier State's brewing history. Wissing is a descendant of nineteenth-century Indiana-German brewers. In the following interview, Wissing, who has covered the war in Afghanistan, reflects on his experiences writing about Indiana's brewing past and present.

Did you know much about the history of beer in Indiana before you began your research for Indiana: One Pint at a Time?

From growing up in southern Indiana, I had experience with later industrial beers brewed in Evansville, Fort Wayne, and South Bend, and knew about some of the historical breweries dotted around the state, including one called Hack and Simon in my hometown of Vincennes, where there are still some old brewery buildings. But not much beyond that.

When I began research on the book, it was a big shock to eventually figure out that more than 500 breweries have operated in the Hoosier State since the Harmonists began the Indiana brewing tradition in 1816.

Were there any individuals in Indiana’s early beer history that caught your attention?

Some of the pioneer brewers captured my fancy: George Bentel, the German utopianist who was the brewer for the Harmonist communards in New Harmony. He was the first brewer in Indiana, and his house still stands on Brewery Street in New Harmony. It was very cool to track down one of his recipes, which the Brewers of Indiana Guild--today's organization of Hoosier craft brewers--used for their "replicale" for this year. About ten craft brewers around the state brewed Bentel's recipe for a dark lager, so as part of the book kick-off, Hoosiers can drink Indiana's First Beer this summer.

There was another early brewer who was associated with the second New Harmony communal experiment that followed the progressive ideas of Robert Owen. His name was Hew Ainslie, who was an iconoclastic Scottish poet who'd followed his dream to frontier of Indiana. He became a well-regarded brewer in New Albany, while continuing to parse the poesy of his years on the Wabash River.

And of course there was Ezra Boswell, a one-eyed Quaker brewer who opened Indiana's second brewery in Richmond in late 1817. Boswell learned his trade in Great Britain, before migrating to the Quaker town.

Beyond being a brewer and father of eleven children, Boswell was a town leader, as the citizens elected him as town clerk and later onto the board of trustees. Richmond was a straight-laced town, so there was some "tongues of slander" when it became known the trustees were drinking Boswell's brews at town expense.

How much traveling did you do to research microbreweries now in the state?

Oh, I wandered all over the place. Beyond my trips to research archives and locales about historical breweries, I visited all the contemporary craft brewery operating in the state at the time--almost three dozen at this point. This is the most breweries operating in Indiana since Prohibition.

Was there anything that surprised you about beer in Indiana during your research?

I had a funny experience down in Vincennes, where I descended from French and Alsatian-German stock. I was in the public library looking at an early-20th-century county history, the type that include biographies and engraved photos of the leading businessmen and professionals of the day. It is a good source of information on historic breweries, as they were often one of the major industries in town. I was looking for info on the Hack and Simon Brewery, which was a big regional player with a brewery that stretched a couple of blocks long near what is today the Vincennes University campus.

I was flipping through this hundred-year-old county history, when I suddenly encountered a photo of my father--or so I first thought. After I got over the disjuncture of seeing what I thought was a totally impossible picture, I learned it was a picture of my great-grandfather John Ebner. (They always said my long-deceased father looked like the Ebner side of the family.) As I read the bio, I realized John Ebner was the founder of the Hack and Simon brewery, first naming Eagle Brewery before leasing it to Hack and Simon. I never knew he was a brewer, though he had a mansion in Vincennes, which was typical for the Indiana-German brewers of the heyday of lager brewing. I learned John Ebner was an Alsatian, who'd served in the French Foreign Legion in Africa before immigrating here. Made me think I came by both my wanderlust and love of beer honestly.

Have you ever tried to homebrew?

I believe I am one of the worst homebrewers ever. I have brewed horrible beer--beer so bad not even my son's post-college rock-and-roll band, Johnny Socko, would drink it. Those guys would drink any virtually free beer, so it was a real sign that I needed to stick to writing about beer, rather than trying to actually brew it. I think the world is a better place for that decision.

What is your favorite Indiana beer?

I'm not being coy when I say I don't have a favorite Indiana beer. There are just a lot of great beers being brewed across the state. Many folks know that the Three Floyds Brewery in Munster, Indiana, was rated the top brewery in the world, as well as having their Dark Lord imperial stout being ranked as the world's best beer. But that's just the start. Hoosier brewers up and down the state are brewing world-class beer--and getting recognized for it. And we get to drink it right here.
Posted by Indiana Historical Society Press at 1:30 PM 2 comments:

Indiana: One Pint at a Time; A Traveler's Guide to Indiana's Breweries, just released from the Indiana Historical Society Press and written by Douglas A. Wissing, explores the history and living artisanal culture of the state's long, vibrant brewing tradition.

The book focuses on Indiana brewing's remarkable post-1989 renaissance. Today more than thirty breweries produce award-winning craft microbrews across the state. Indiana: One Pint at a Time provides a travel guide to these craft breweries, interweaving their stories with Indiana architecture, ethnicity, and regional specificity, connecting the dynamics of today with the luster of the past.

Wissing is a Bloomington-based independent journalist and author. A descendant of nineteenth-century Indiana-German brewers, he has written articles for numerous publications and is the author of the book Pioneer in Tibet. Wissing has reported widely on the war in Afghanistan, including radio work for BBC and the Indiana NPR network.

Indiana: One Pint at a Time costs $24.95. The paperback book is available from the IHS's History Market.
Posted by Indiana Historical Society Press at 11:28 AM No comments: