Biography of Herman B Wells Released

Energetic, shrewd, and charming, Herman B Wells was the driving force behind the transformation of Indiana University--which became a model for American public higher education in the twentieth century. A person of unusual sensitivity and a skilled and empathetic communicator, his character and vision shaped the structure, ethos, and spirit of the institution in countless ways.Wells life is explored in the new biography Herman B Wells: The Promise of the American University, written by James H. Capshew and copublished by the IU Press and IHS Press.

Wells articulated a persuasive vision of the place of the university in the modern world. Under his leadership, IU would grow in size and stature, establishing strong connections to the state, the nation, and the world. His dedication to the arts, to academic freedom, and to international education remained hallmarks of his sixty-three-year tenure as president and university chancellor. Wells lavished particular attention on the flagship campus at Bloomington, expanding its footprint tenfold in size and maintaining its woodland landscape as new buildings and facilities were constructed. Gracefully aging in place, he became a beloved paterfamilias to the IU clan. Wells built an institution, and, in the process, became one himself.

Capshew serves on the faculty of the Department of History and Philosophy of Science at IU Bloomington. He is author of Psychologists on the March: Science, Practice, and Professional Identity in America, 1929–1969 as well as numerous scholarly articles, and has served as editor of the journal History of Psychology and as editor for psychology for the New Dictionary of Scientific Biography. 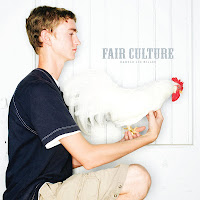 The Indiana Historical Society Press book Fair Culture: Images from Indiana Fairs by Harold Lee Miller, with text by Gerald E. Waite, is a finalist in the photography category in ForeWord Review’s annual Book of the Year Contest.

Awards were established to bring increased attention to librarians and booksellers of the literary and graphic achievements of independent publishers and their authors. ForeWord is the only review trade journal devoted exclusively to books from independent houses.

First, second, and third place winners will be awarded in each category. A $1,500 cash prize will also be awarded to Best Fiction and Best Nonfiction as determined by the editors of ForeWord Reviews. Winners in each category and overall fiction and nonfiction prize winners will be announced at the American Library Association annual conference and on ForeWord Review’s website in June of 2012.

In August 2005 Harold Lee Miller, a nationally known photographer with offices in Indianapolis and New York, started a series of photographs of 4-H participants at the poultry and rabbit barns of the Indiana State Fair. Over the past few years, Miller expanded his project to include people and activity from fairs held in Jackson, Elkhart, Dubois, Delaware, Washington, Owen, Monroe, Knox, Jay, and Marion counties. In addition to Miller’s more than one hundred photographs, the book includes an essay by Gerald Waite exploring the history of fairs from the Middle Ages to modern times, the growth of the institution in Indiana, and what fair culture says about those who participate in this annual ritual of midwestern life. The book also features an introduction by noted Indiana author Philip Gulley.
Posted by Indiana Historical Society Press at 2:36 PM 2 comments: