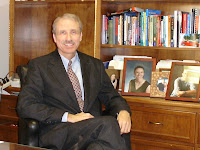 John A. Beineke, author of the IHS Press youth biography Going over all the Hurdles: A Life of Oatess Archey, was one of the approximately 90 Hoosier writers who participated in the sixth annual Indiana Historical Society Holiday Author Fair, which was held on Saturday, December 6, at the Indiana History Center in Indianapolis.

Following his time at the Author Fair, Beineke wrote an article on the event that was published in the Indianapolis Star on Friday, December 12. Here is his article:

There were other things to do last Saturday afternoon. Basketball games to watch, holiday shopping at the malls, or even just staying home out of the cold. And there was also that so-called "light" snow that made roads tricky, even hazardous.

But hundreds of readers found dozens of writers at the Indiana Historical Society's sixth annual Holiday Author Fair. The Indiana History Center on West Ohio Street hosted 90 Indiana authors who sat behind tables with their works piled in neat stacks in front of them. Children and adults roamed from table to table to peruse the books and chat with the authors.

Topics and themes of the books included art, fiction, mystery, humor, sports and travel. Biography was a popular subject. Ball State University professor of film Wes Gehring had his new biography of Red Skelton available in a bright yellow dust jacket, and the fourth edition of Nelson Price's "Indiana Legends," with biographical sketches from Lombard to Letterman and Riley to Robertson, demonstrated that there is no shortage of famous Hoosiers.

Talented Indiana Historical Society Press editor Ray Boomhower was there with his new book on the 1968 Indiana primary campaign of Robert Kennedy. Sitting behind another table, dressed in a 60-year-old Army captain's uniform, was a youthful Rick Barry, author of "Gunner's Run" a World War II thriller.

Sitting next to me was one of the more popular authors that afternoon, 89-year-old Francis DeBra Brown. "An Army in Skirts" is her splendid memoir of life in the Women's Army Corps in World War II. This book makes a good companion to James Madison's "Slinging Doughnuts for the Boys," the story of Mishawaka Red Cross volunteer Elizabeth Richardson's service in wartime England and France.

We are told that book companies are having a hard time of it and that kids and adults just don't read that much anymore. Video games, DVDs, the Internet, and HD television keep most people occupied. That is no doubt happening.

But it also needs to be reported that for a good number of Hoosiers the reading of books is still alive and well. Many individuals, young and old, left the Indiana History Center on Saturday afternoon with a bag full of books by Hoosier authors.
Posted by Indiana Historical Society Press at 9:34 AM

I recently came across your blog and have been reading along. I thought I would leave my first comment. I don't know what to say except that I have enjoyed reading. Nice blog. I will keep visiting this blog very often.

I don't know about this, Now i get the useful Information.

I don't know about this, Now i get the useful Information.