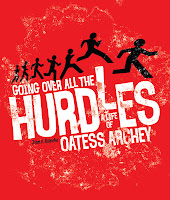 Located sixty-five miles northeast of the state capital of Indianapolis, Marion, Indiana, has seen a number of notable people pass through the community, including such Indiana legends as Cole Porter and James Dean. It has also, however, been home to racial strife, including the infamous lynching of two African American men in
1930. Marion was also the hometown of a young black man who would do much to help restore harmony among blacks and whites in the community.

Going over All the Hurdles: A Life of Oatess Archey, written by John A. Beineke, who lived in Marion and was one of Archey’s students, is the fifth volume in the IHS Press’s youth biography series. The book explores the career of Archey, the first African American to be elected sheriff in Indiana. Raised in Marion, Indiana, the young Archey and his loving family lived under the cloud of the notorious 1930 lynching. A star athlete, including winning the state championship in the high hurdles in 1955, Archey endured discrimination when he attempted to return to his hometown after college and tried to secure a teaching job with the Marion schools.

Instead of teaching in a classroom, Archey was forced to take a janitorial position with the school system. He later rose to become a beloved teacher and coach, before moving on to a career in law enforcement with the Federal Bureau of Investigation. He returned to Marion in triumph and served as a popular sheriff for Grant County.

As author Beineke notes, the word hurdle is used in his book “both symbolically and athletically. As a symbol, it will embody the barriers that Archey had to overcome throughout his life. The hurdle, as an obstacle in a track-and-field event, will also represent a moment of achievement that exemplified his entire life. Archey not only went over hurdles, but he taught others how to go over them, too. That is how a life truly makes a difference.”

Beineke was born in Indianapolis and grew up in Marion, Indiana. His undergraduate degree in social studies was from Marion College, now Indiana Wesleyan University, and his masters and doctoral degrees were from Ball State University in education and history.

Beineke has been a public school teacher, a college professor and administrator, and a program director in leadership and education at the W. K. Kellogg Foundation. He is currently dean of the College of Education and a professor of educational leadership and curriculum and also professor of history at Arkansas State University. Beineke is the author of And There Were Giants in the Land: The Life of William Heard Kilpatrick. He has three children and lives in Jonesboro, Arkansas, with his wife, Marla.

Going over All the Hurdles costs $17.95. The hardback book is available from the Society's Basile History Market. To order, call (800) 447-1830 or order online at the History Market.
Posted by Indiana Historical Society Press at 8:48 AM