In addition, several IHS Press authors will be at the fair, including:

To help kick off the event, IHS Press author Beineke will give a talk on the life and career of Hoosier outlaw John Dillinger at 5:30 p.m. Friday, December 5, at the Indiana History Center.
Posted by Indiana Historical Society Press at 10:51 AM 6 comments:

The Life and Times of Coach John Wooden 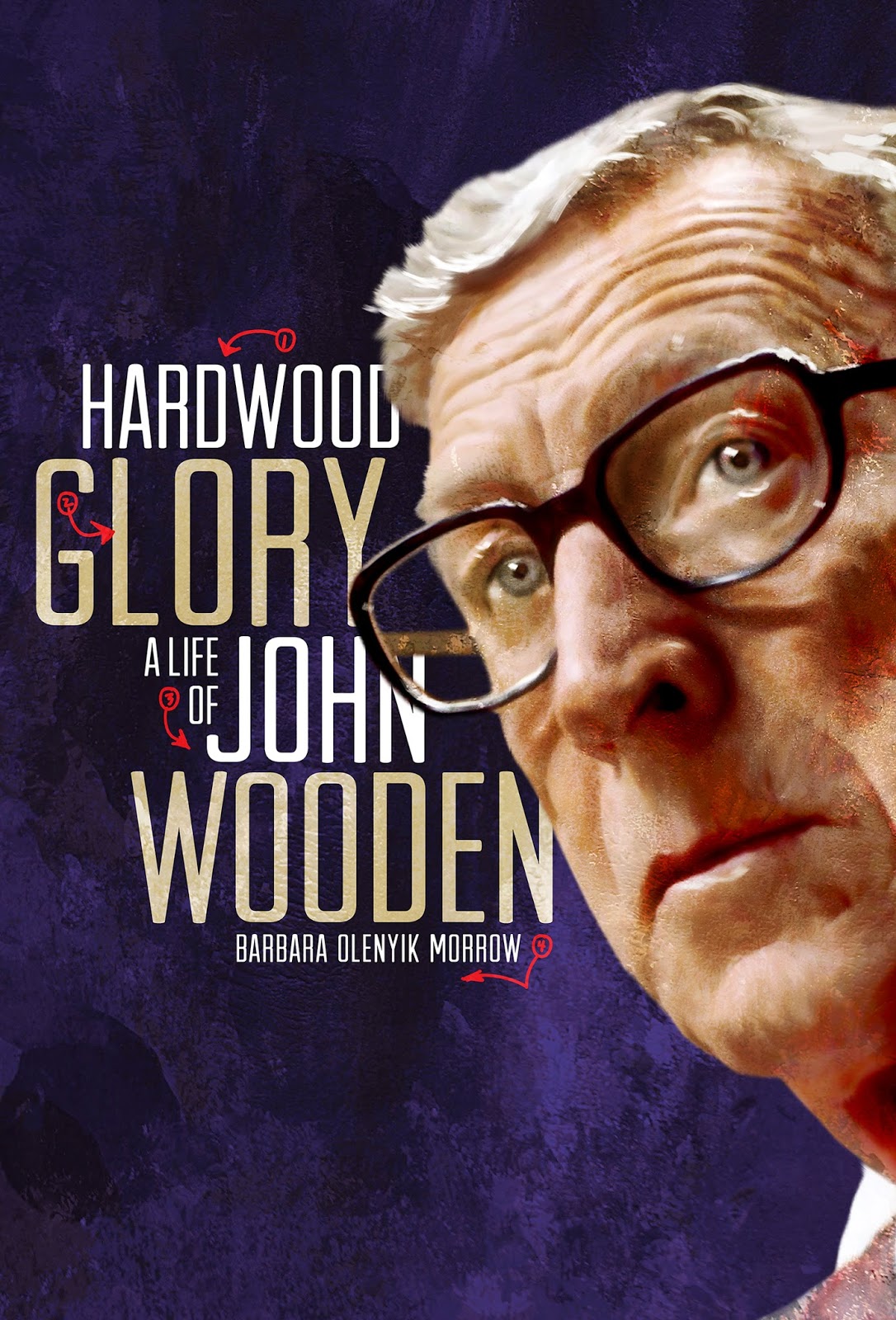 The tenth volume in the Indiana Historical Society Press's celebrated Youth Biography Series examines the life of a man who helped define college basketball in the twentieth century and became an icon of American sports--John Wooden.

Written by Barbara Olenyik Morrow and featuring a foreword by UCLA basketball coach Steve Alford, Hardwood Glory: A Life of John Wooden, explores his life beginning from his birth in the small Indiana town of Martinsville near the start of the last century. His claim to fame came first as an accomplished athlete, helping his high school basketball team compete in three state championship games, then earning All-American honors three times in his home state as a starting guard at Purdue University. After briefly teaching high school English and coaching several sports in Dayton, Kentucky, Wooden returned to Indiana, where he launched a successful career coaching basketball at South Bend Central High School and later at Indiana State Teachers College (today Indiana State University) in Terre Haute.

In 1948, at age thirty-seven, Wooden moved west, as did many Americans in the post-World War II era. He took over the head basketball job at UCLA, a school with virtually no basketball tradition. He took his family and his coaching skills with him. He also took his midwestern values. For the next six decades he remained in Southern California, creating a basketball dynasty at UCLA and solidifying his place as one of the sporting world's greats. When he died on June 4, 2010, at the Ronald Reagan UCLA Medical Center, he was four months shy of his hundredth birthday.

Wooden's success as a college coach was unprecedented and, in pure numbers, staggering. From 1964 to 1975, he led the UCLA Bruins men's basketball team to ten NCAA national basketball championships, including seven in a row--a feat that may never be matched. During that string of championships, he coached the Bruins to four perfect 30-0 seasons, a NCAA men's record that still stands. He also coached UCLA to an eighty-eight-game winning streak, yet another unrivaled record. Over the course of his twenty-seven seasons at UCLA, he mentored such All-Americans as Kareem Abdul-Jabbar and Bill Walton, earned the respect of legions of players, and inspired countless would-be roundballers and coaches alike.

In 1973 Wooden was inducted into the Naismith Memorial Basketball Hall of Fame as a coach, making him the first to be honored as both a player and a coach. (He received the honor as a player in 1960.) In 1977 college basketball's annual player-of-the-year award was named for him. The NCAA bestowed its highest honor, the Theodore Roosevelt award, on Wooden in 1995. In 2003 President George W. Bush presented Wooden the Presidential Medal of Freedom, America's highest civilian honor.

Morrow is a journalist and author from Auburn, Indiana, who has been a Pulitzer Prize finalist for editorial writing. Her youth biography of novelist and conservationist Gene Stratton-Porter was published by the IHS Press in 2010. Morrow's other books include From Ben-Hur to Sister Carrie, in which she profiled fived Hoosier writers during Indiana's golden age of literature, and A Good Night for Freedom, a well-received children's picture book about the Underground Railroad and famed Hoosier abolitionists Levi and Catharine Coffin.

Hardwood Glory costs $17.95 and is available from the IHS Basile History Market.
Posted by Indiana Historical Society Press at 8:48 AM No comments: