In the early days of Indiana statehood, the men who served on the Court often learned their profession by studying in the office of a trained lawyer and began their career as judges by “riding the circuit.” Over the years, the Court has been home to an eclectic group of justices, including a novelist who attempted to have copies of his work destroyed because the “morals of the book were not suitable for the minds of young people,” a judge whose collection of court cases became known worldwide, two men who served on the Nuremberg proceedings trying Nazi war criminals, and a jurist whose hobbies included photographing the Indianapolis 500.

Today’s Court is quite different from the state’s first Supreme Court established when Indiana joined the Union as the nineteenth state. Through the years the Court has grown from three members to five and what had begun as an appointed body by the governor with “advice and consent” of the Indiana Senate became election of judges by voters thanks to the 1851 Indiana Constitution. In 1970 Hoosier voters approved an amendment to the constitution passed by the Indiana General Assembly that replaced partisan elections with a merit-based system of gubernatorial appointment checked with nonpartisan retention elections.

As the editors note, the 1970 amendment also altered the way the Court selected its chief justice. In its early years, Court members had the authority to pick a chief justice. Later, the position was rotated among the members by the district they represented. Thanks to the amendment, today a Judicial Nominating Commission elects the chief justice, now called the Chief Justice of Indiana, from among the sitting justices. Since 1970 only three men have served as Chief Justice of Indiana—Norman F. Arterburn (1972 to 1974), Richard M. Givan (1974 to 1987), and Randall T. Shepard (1987 to present).

The Justices of the Indiana Supreme Court costs $37.95 and is available from the IHS's History Market.
Posted by Indiana Historical Society Press at 8:48 AM 1 comment: 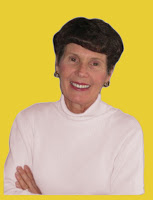 Barbara Olenyik Morrow is a journalist and author who has been a Pulitzer Prize finalist for editorial writing. She is the author of the new Indiana Historical Society Press youth biography Nature's Storyteller: The Life of Gene Stratton-Porter. Here she talks about writing a book on one of Indiana's most famous authors.

How did you get interested in the life of Gene Stratton-Porter?

In the early 1990s I began researching famous Hoosier authors and poets--research that led me to write From Ben-Hur to Sister Carrie (Guild Press of Indiana, 1995). Of the five writers I profiled in that book, the sole woman was Gene Stratton-Porter, naturalist, nature writer, photographer, and one of the nation’s top-selling novelists in the early twentieth century.

As I delved into Stratton-Porter’s life story back then, I found her to be an extremely compelling figure. For starters, how could I not want to learn more about a middle-class wife and mother who slogged through snake-infested swamplands, waded into rivers, tramped about woods, and climbed trees to more closely observe birds and other wildlife? How could I not be fascinated by a self-taught naturalist who pinned cocoons close to her pillow at night so she would be awakened by the scraping of feet when moths emerged? And how could I not be intrigued by a brash young woman who gave her future husband fair warning: “I think differently from most people; so prepare to be shocked”?

When approached later to write this full-blown account of Stratton-Porter for the IHS Press’s youth biography series, I was pleased to resume my study of this adventuresome, ambitious and altogether appealing Hoosier. At the height of Stratton-Porter’s career, some people claimed she was as influential as President Theodore Roosevelt in igniting public interest in wildlife causes. For that reason alone, I think Hoosiers-–young and old-–owe it to themselves to learn what she had to say about preserving and conserving the nation’s natural resources.

What was the most important resource you used in writing about her life?

I relied heavily on Stratton-Porter’s writings-–her nonfiction books, her numerous magazine articles and columns, and essays she penned for miscellaneous publications, including her introductory essay to a friend’s book. She wrote at length about her childhood, and her descriptions of the family farm and her upbringing are highly detailed. Likewise, her descriptions of her field work are often riveting. I feel a bit queasy--and breathless--nearly every time I read about her trek through “steaming, fetid pools” to discover the baby vulture she eventually named “Little Chicken.”

My research also revealed that Stratton-Porter carefully guarded her privacy and was selective about what she shared for public consumption. To sort fact from fiction, I turned to newspaper accounts and other public records. To better assess her literary output, I read the many reviews written about her books. And to gain a fuller understanding of her personal life, I referred often to The Lady of the Limberlost: The Life and Letters of Gene Stratton-Porter, a reminiscence by her only child Jeannette Porter Meehan.

In doing your research, was there anything that surprised you about her life?

She was extremely hard-working and all about action--rolling up her sleeves, moving about, and getting a job done. She hiked and fished, photographed and painted, oversaw the construction of four homes, started her own film production company, and crawled around on her knees, transplanting hundreds of wildflowers to her Sylvan Lake estate. I often wondered: When did she sit still? And how did she manage to write so many books and articles?

Hers was clearly a productive life. Yet she seems not to have set aside much time for reflection or introspection. I found that to be, if not surprising, rather interesting, given that writers’ thoughts often turn inward. When literary critics attacked her work--and they often did--her reaction typically was to lash back. Nowhere did I find her musing about whether the critics might be right or whether, stylistically, her writing could be improved.

Why do you think her writings were so popular during her lifetime?

She had a real gift for storytelling, and she instinctively knew how to entertain, adding enough plot twists and romance to her fiction to keep readers turning pages. She also preached traditional values, and at a time when America was undergoing dramatic change--namely, urbanization and industrialization--her writings appealed to readers feeling nostalgic for a simpler, more neighborly, less stressful way of life. Beyond that, her nature writings tapped into a wistfulness many Americans were beginning to feel. The nation’s farms were being abandoned and wildlife and wild places were being wiped out to make way for industry. In her writings, she led readers to a place where many had never been or where they wanted to return--to flowering meadows and clean-smelling woods and marshes alive with birdsong.

Do Stratton-Porter’s writings have anything to teach us today?

Yes. Her advocacy for protecting the environment is as timely today as it was a century ago. She understood--intuitively and from years of close contact with wildlife--that people must live in harmony with the natural world and that if we “madly and recklessly” chop down forests, dirty rivers, drain wetlands, destroy vegetation and allow animals to become extinct, we do so at our own peril. The planet is a gift. We are called--as she rightly said--to be nature’s good stewards.

I always have lots of story ideas rattling around in my head. I love history, and I enjoy making historical figures more accessible to young readers. I haven’t committed to a specific project just yet, though I suspect I will soon. I encourage readers to visit my website for updates.
Posted by Indiana Historical Society Press at 8:34 AM 2 comments: 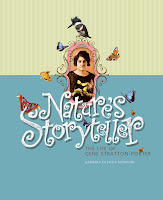 As a young girl growing up in the 1860s on a Wabash County, Indiana, farm, Geneva Grace Stratton received a wondrous gift from her father, Mark, who had noticed his daughter’s love for nature and wildlife, especially the larks, cardinals, passenger pigeons, swallows, and hawks that flew overhead. He declared that all birds on the farm belonged to her, and she was to become their protector. “I was the friend and devoted champion of every bird that nested in the garden, on the fences, on the ground, in the bushes, in the dooryard, or in the orchard trees,” she noted years later.

From these early beginnings, Gene Stratton-Porter found a purpose for her life—sharing the outdoors with others through writing and photography and working to conserve nature for the generations to come. By the time she died at age sixty-one, Stratton-Porter was one of the country’s best-known authors, with a following of fifty million readers worldwide and with her novels and nature books selling hundreds of copies a day. Though never a favorite with literary critics, Stratton-Porter was beloved by ordinary Americans, as much for her storytelling skills and advocacy for wildlife as for her independent spirit. Often clad in manly clothes and toting a gun for protection as she trooped through swamps and forests, Stratton-Porter lived life on her own terms and, in the process, helped push back society’s boundaries for women.

Written by Barbara Olenyik Morrow, Nature’s Storyteller: The Life of Gene Stratton-Porter is the seventh volume in the Indiana Historical Society Press’s youth biography series. The book examines Stratton-Porter’s early life exploring the treacherous Limberlost Swamp in northeastern Indiana to her development as an enormously popular writer. Stratton-Porter used her popularity to campaign for conservation, and some claimed she was as influential as President Theodore Roosevelt in igniting public interest in wildlife causes. Prominent scholar and critic William Lyon Phelps observed that Stratton-Porter “led millions of boys and girls into the study of natural objects,” and he even called her “a public institution, like Yellowstone Park.”

Stratton-Porter continued to advocate for wildlife after her move to California, where she became one of Hollywood’s first female producers, turning her nature-themed novels into wholesome family movies. Upon her death from injuries in an automobile accident on December 6, 1924, she was widely mourned by fans of her many books, magazine columns, movies, and photography. She also was saluted by conservationists, grateful for her passionate pleas on behalf of the environment. In a tribute obituary, the Izaak Walton League, a national conservation organization, called on its members to “carry on in the cause for which she worked and in which she believed with every atom of her heart and soul.”

Morrow is a journalist and author who has been a Pulitzer Prize finalist for editorial writing. Her two children’s picture books, A Good Night for Freedom and Mr. Mosquito Put on His Tuxedo, have been praised by reviewers and garnered awards, including one from Friends of American Writers, an organization that honors emerging Midwestern authors. Morrow’s other books include From Ben-Hur to Sister Carrie, in which she profiles five Hoosier writers during Indiana’s golden age of literature. Her first book, Those Cars of Auburn, highlights the rich automotive heritage of Auburn, Indiana, where she lives.

Nature's Storyteller costs $17.95 and is available from the IHS's History Market.
Posted by Indiana Historical Society Press at 9:01 AM 1 comment: