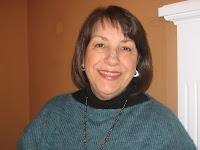 A graduate of the University of Rochester and the Boston University School of Law, Suzanne Bellamy practiced law for twenty-five years as a corporate counsel in Indianapolis. She used this experience to help her with her writing of the new Indiana Historical Society Press book Hoosier Justice at Nuremberg. Bellamy took took to answer a few questions about her book.

How did you first become involved with this project?

Indiana Chief Justice Randall T. Shepard approached me about five years ago about researching and writing this book. He was interested in how two judges from the Indiana Supreme Court had ended up as judges in the American military trials in Nuremberg, Germany after World War II. As a public history student and an attorney, I was instantly attracted to the topic as it combined both of my disciplines.

Did your training as a lawyer help with the research and writing of this book?

Definitely. In order to tell the story of Curtis Shake and Frank Richman, I had to tell the story of the trial in which each was involved. In Shake’s case, he was the presiding judge at the I.G. Farben trial. Richman was on the panel for the trial of Friedrich Flick and his associates. I needed to explain the counts of each indictment and the evidence presented relative to each such count in order to make sense of the verdicts and the responses thereto. I also did research at the law library on the significant cases brought before the Indiana Supreme Court during their tenures in which Shake and Richman wrote the majority opinions.

What did you learn in doing the project that surprised you?

I learned that these Hoosier judges were both men of depth whose stories each included tests of their character. In Shake’s case, he was accused as a young man of being a member of the Ku Klux Klan, which derailed his run for statewide office in Indiana. Richman was tested by his own political party when he was not renominated for his seat on the Indiana Supreme Court due to an opinion he had written contrary to his party’s position.

What is your next writing project?

I participated in writing several sections of the upcoming book on all of the Indiana Supreme Court justices which the Indiana Historical Society is publishing in July 2010. I am currently writing an institutional history of this decade for the American Legion Auxiliary, a national women’s patriotic organization.
Posted by Indiana Historical Society Press at 7:47 AM 2 comments:

Native American ancestors inhabited the land of Indiana from around 9,500 BC. European contact with Indiana's Miami, Wea, Mascouten, and Shawnee tribes began in 1679. The history of Native Americans in the state is examined in the new Indiana Historical Society Press book The Native Americans.

Written by Elizabeth Glenn and Stewart Rafert, the book is the second volume in the IHS Press's Peopling Indiana series based on the 1996 publication Peopling Indiana: The Ethnic Experience. Each volume in the series includes an updated essay on one of the state's larger ethnic groups illuminating the migratory, settlement, and community-building experiences of the essay's subject group.

Native Americans in Indiana were forced into western reservations by the 1830s. By 1850 only a portion of the Miami remained in Indiana. Many natives either assimilated into white culture or hid their identity. This scenario changed when Native Americans served in the military and at home during World War II. Afterward, Indians from many lineages flocked to Indiana. Along with Indiana's Miami and Potawatomi, they are creating a diverse Indian culture, expressed through pan-Indian as well as tribal activities, that enriches the lives of all Hoosiers.

Glenn is professor emerita of the Ball State University Anthropology Department. An adjunt professor of history at the University of Delaware, Rafert is the author of The Miami Indians of Indiana, published by the IHS Press in 1996.

The Native Americans costs $13.95 and is available from the IHS's History Market.
Posted by Indiana Historical Society Press at 11:25 AM No comments:

In the years after World War II, as the world grappled with the enormity of the atrocities perpetrated by the Nazi regime, two Hoosiers had a significant role in the American response to unfolding events in Germany.

In the Indiana Historical Society Press book Hoosier Justice at Nuremberg, part of the Indiana Supreme Court Legal History Series, author Suzanne S. Bellamy examines how Frank Richman of Columbus, Indiana, and Curtis Shake of Vincennes, Indiana, both served with distinction as members of the Indiana Supreme Court. By early 1947 both justices had stepped down from the court to begin new phases in their profession. Shake resumed his law practice in Vincennes, and Richman planned to teach law. World events intervened when both men were called to serve as civilian judges in tribunals convened in Nuremberg to try secondary Nazi war criminals. Shake and Richman sat on the bench in the trials of leading German industrialists for crimes against humanity, applying international law according to American concepts of fairness.

Despite lingering doubts about the legitimacy of American judges having jurisdiction over German nationals, Richman and Shake responded with grace, competence, and high ethical standards, along with a little controversy. The book highlights the role two leading citizens of Indiana played in events that, more than sixty years later, still resonate across the world.

Bellamy is a graduate of the University of Rochester and the Boston University School of Law. She practiced law for twenty-five years as a corporate counsel in Indianapolis. As a freelance historical researcher and writer, she has worked on projects for the IHS, the American Legion Auxiliary, and the Indiana Supreme Court.

Hoosier Justice at Nuremberg costs $6.95 and is available from the IHS's History Market.
Posted by Indiana Historical Society Press at 9:52 AM No comments: